The origins of D&H Industries trace back to LaBelle (started in 1937 in Oconomowoc, Wisconsin) and General Stamping (started in 1975 in New Berlin, Wisconsin). LaBelle was one of the early magazine producers of M-16 magazines for the US Military and law enforcement agencies.

Labelle changed their name to Quest, along with its focus of operations. Quest divested its stamping operations to General Stamping in 1993.

In 1997 Quest purchased the combined General Stamping, formed D&H Industries and consolidated the operations into the Oconomowoc facility.

In 2007, D&H Industries was purchased by a local group of business partners with three other companies in the metal working industries. D&H has been a proud addition to the diverse group of metal working companies and looks forward to the expansion of our processes to meet our customers’ ever-changing needs.

The founders of D&H worked diligently to develop a strong ethical business. By the time of their retirement in 2008, their diligence had tripled the sales of metal stamped and fabricated products. During their tenure, they developed business with over 80 major manufacturers and companies.

Lean manufacturing systems deployed and 5-S program implemented. D&H expanded their plant in 2012 bringing their manufacturing space to 130,000 square feet. Additionally, D&H Industries houses 35 hydraulic and mechanical presses from 32 to 2,000 ton and provide an on-site quality lab with multiple CMMs. In addition to the development of commercial OEM customers, D&H continued to develop the quality and customer base for M-16 magazines. D&H Magazine deliveries to our allied customers around the world have led us to becoming the major supplier to the Israeli Defense Forces.

Added 22,000 square feet of dedicated warehouse space as well as 5 new presses.
Contact D&H Industries today for more information on our metal stamping services or to request a quote! 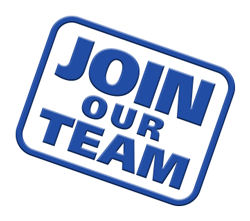